Is it Legal For Process Servers to Serve Papers through Social Media? 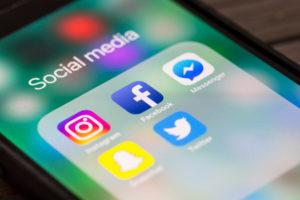 Social media is entrenched in controversy these days. From accusations of misinformation campaigns spurring political violence to privacy concerns, it seems that the golden age of sharing what you ate for dinner is coming to an end. As governments and regulators crackdown on what is allowed on social media and who is responsible for the outcome, many wonder what the future of this industry holds and how it will affect them.

Process serving is generally somewhat stuck in the past, with most service still required in person, notices still published in print newspapers, and some areas that even allow a paper sign posted near the courthouse door over a post on a popular social media platform. While this may sound absurd, there are some solid reasons for keeping the service of process off social media sites, including privacy concerns, security issues, and lack of return receipt.

Privacy is on the tip of everyone’s tongue these days, as governments and businesses do more and more to get into consumer minds and predict buying behaviors and hackers find new ways to steal information. In response, social media sites have pushed towards user-controlled privacy settings on their platforms, allowing users to fine tune their privacy preferences to prevent unwanted tracking and monitoring.

However, they have not focused so diligently on their messaging services, which is the method process servers would likely use to serve process via social media, if it were allowed. Social media messaging services are largely unencrypted, meaning the messages are routinely scanned for indications of illegal activity and can also easily be intercepted and read by someone with modest hacking abilities. When the message you’re sending contains private legal information, as is contained in all court processes, this monitoring and possible interception can lead to big issues.

However, social media companies have a good reason to keep an eye on the messages their users send. This monitoring has thwarted many criminal activities, including human trafficking, pornography, drug trafficking, and more. Without the ability to scan messages, these companies could no longer identify instances where their platforms are being used to facilitate crime.

Even with the most robust social media service policy and stringent security controls, process servers would only be able to ensure that their end of the transmission was secure. They would have no idea how secure the recipient’s account is or if they even have access to it. Furthermore, the recipient’s social media accounts could be hacked by others, giving them access to any personal information received. Imagine the implications of this when attempting to serve the CEO of a publicly-traded company via social media, only for their account to be hacked by a competitor in their industry. In a few clicks, the competitor can release the information about an upcoming lawsuit and tank the stock price of their rival. Now imagine the implications for politicians or other world leaders. Hackers get into people’s social media accounts every single day, so until a better way to protect these accounts is found, the serving process via social media accounts seems unlikely.

Proof of service is a vital element in the current process service industry, but there’s no way to replicate this currently on social media. Social media messaging platforms have no official return receipt feature, and even if they did, anyone with access to the person’s account could claim the intended recipient read the messages when they actually did not. That tiny “Read” tag attached at the end of a social media message is not sufficient to satisfy the current proof of service laws in the United States. Since adequate time to prepare for a court case is a right guaranteed by the U.S. Constitution, the return receipt issue is a big one.

Service of Process Via Social Media is NOT Allowed in Florida

The Best Process Servers in Tallahassee

Trust the team at Accurate Serve® in Tallahassee for the best process servers who only use 100% legally compliant service methods. Visit us online or call (850) 519-5494 to learn more about how we can help you serve the legal process for all your cases!